Innovation and design at zero gravity

Space explorations have resulted in technological and scientific advances that have had an impact on all of humanity. Printing and recycling plastic in space, with Brazilian technology, will be the next major step.

Nothing could be more challenging: creating the brand and strategy for a partnership between Braskem and Made in Space, a Silicon Valley startup that supports NASA and International Space Station (ISS) astronauts in printing and recycling parts at ZERO gravity using green plastic and in extending the sustainability and autonomy of space missions.

A brand created to represent the new frontiers of 3D printing technology. The identity creates a virtual environment that symbolizes zero gravity in space. After all, the main challenge of the 3D printer was precisely to enable printing at zero gravity.

NASA intends to inhabit Mars by 2030 and has therefore invested and sought partners to develop technologies that provide life outside Earth. The Printing the Future brand represents 3D printing technology and the new possibilities for autonomy that extend beyond our planet’s borders.

The main idea was to create a fully unusual brand environment that will allow people to challenge themselves and understand the complex shapes of space and 3D printing in a futuristic visual solution that explores the relationship between planes and zero gravity.

We developed a brand, a strategy and a proprietary visual identity, with symbol inspired by the moebius strip, a complex geometric form – a three-dimensional surface with no inner or outer side, no beginning and no end – which invites observers to challenge their vision and understand the movement of a shape that suggests the infinity of space.

A virtual environment that symbolizes different planes and zero gravity creates identity. After all, the main challenge of the 3D printer was to print at zero gravity.

Who are we? Where do we come from and where are we going?

Space expeditions are as important to science as they are to human development. They are the foundation that allows us to develop climate research, show the impacts caused by climate change and create several solutions that are now part of our lives, such as smartphone cameras, LED lighting, and even robotic prosthetics.

Using renewable plastic, the Printing the Future project is a unique initiative that extends the autonomy of space missions.

Such was the success of the project that it resulted in a Discovery Channel documentary: Mundo Inovação (“Innovation World”)

Since then, the brand has become internationally renowned, projecting Braskem and Brazil in the world of disruptive technologies, reaching: 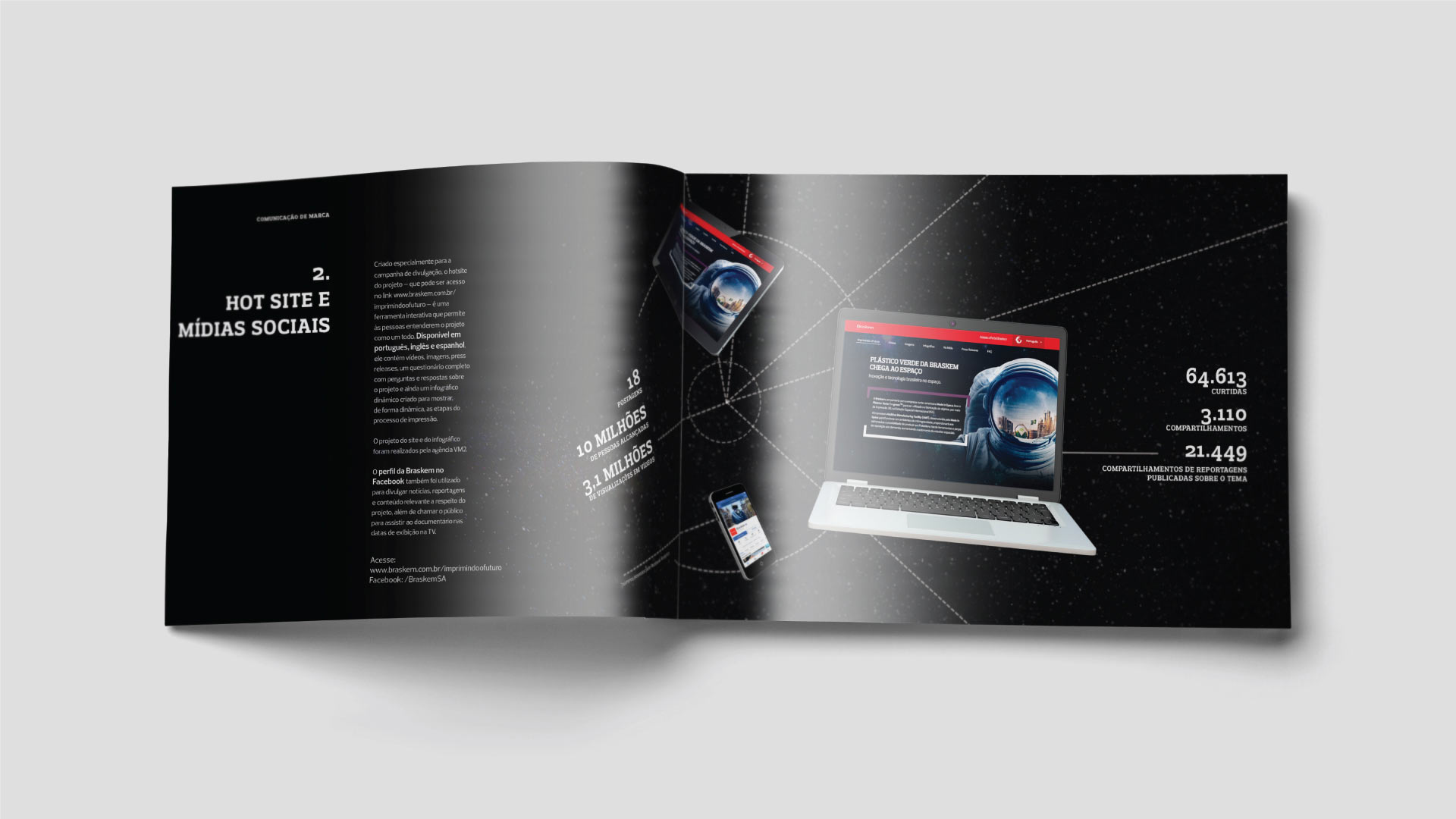